A list is a curated group of Twitter accounts. You can create your own lists or subscribe to lists created by others. Viewing a list's timeline will display all the most recent Tweets from everyone on that list only.

​Lists are also great for organising your interests. For example, you can create lists for specific topics, such as educational technology, specific subject areas, such as Maths or Science or your favourite hobbies & interests. This way you have a compilation of your particular interests gathered in one place. ​
​
Managing Lists

For instructions on how to create lists on other platforms such as Android or iOS, check out this official handy guide: https://support.twitter.com/articles/76460?lang=en#

As well as creating your own lists, can also subscribe to lists created by others.
Removing yourself from other people’s lists:

What if you’ve been added to a list that you don’t approve of? Here’s a handy tip on how to remove yourself from a list:
​
Making the most of lists – How to use lists like a pro! 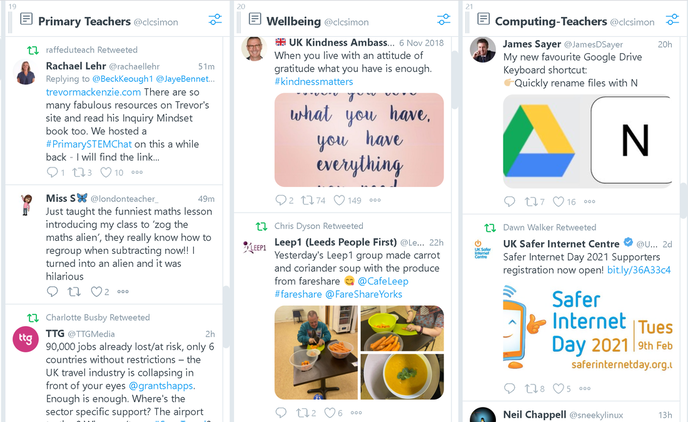